Calgary, Alberta stands at the point where the vast Canadian prairie meets the snow-capped peaks of the Rocky Mountains. Glittering skyscrapers rise out of mature suburban neighbourhoods at the confluence of the Bow and Elbow rivers. Surrounded by beautiful country on all sides of the city, and connected to nature inside through an array of parks and recreational pathways, the land is never far from the minds of the people of Calgary. Substantial Alberta oil resources have created a vibrant economy; the distant mountains offer locals and tourists from around the globe attract skiers and snowboarders in the winters months; and, during the balmy summers, cattle roam the flat expanse of grassland throughout Alberta’s cowboy country.

As well as being the gateway to the Rocky Mountains, Calgary also grew into a tourist destination in its own right. Visitors flocked to take in the city's burgeoning cowboy culture, expressed every year in the Calgary Stampede (held formally for the first time in 1912). The Rocky Mountains and, in particular, Banff National Park, attracted thousands more who were drawn by the parks stunning alpine beauty and its famous hotel. As the popularity of winter leisure sports (such as downhill skiing and bobsleighing) increased, so did Calgary's own popularity, all culminating in the city's hosting of the XV Olympic Winter Games in 1988.

Many have likened the Calgary of today to a Canadian Dallas, a comparison that is not without merit. Like Dallas, Calgary is a confident, often-brash cowboy town that grew wealthy on oil, where they play country and western music in noisy taverns and eat thick and juicy steaks in the restaurants. As an image, however, this captures only a small part of what the city and its people are actually like. Calgary is also a city of diverse and vibrant neighbourhoods, where its citizens relax in cafés, stroll the scenic streets or take in the opera, although they are just as likely to head off to the great outdoors. Its technology industries have grown immensely, diversifying the economy and making it less of a one-horse cowboy town and more of a 21st-century city. 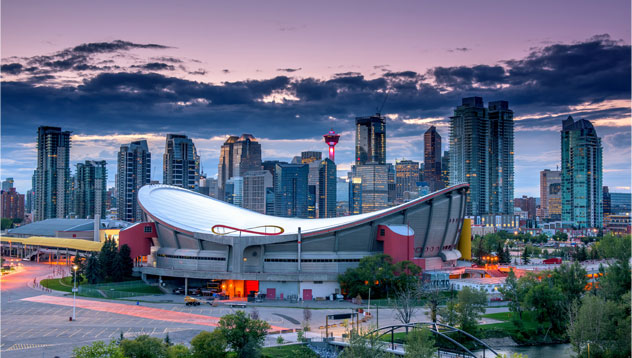 Get a Free property Evaluation